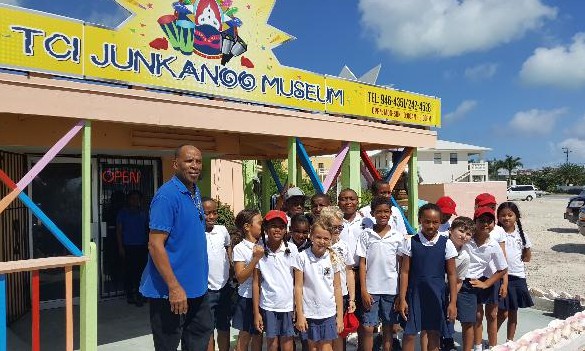 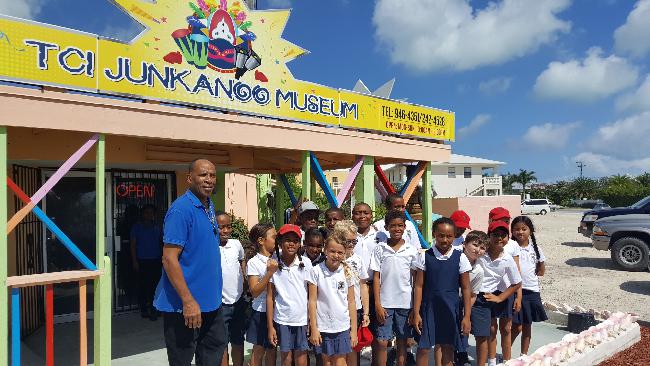 We did not know what to expect when we arrived. First, we were greeted by the giant tire man located in the parking lot.

We were then welcomed by Mr. Penn and that’s when the most amazing field trip began. 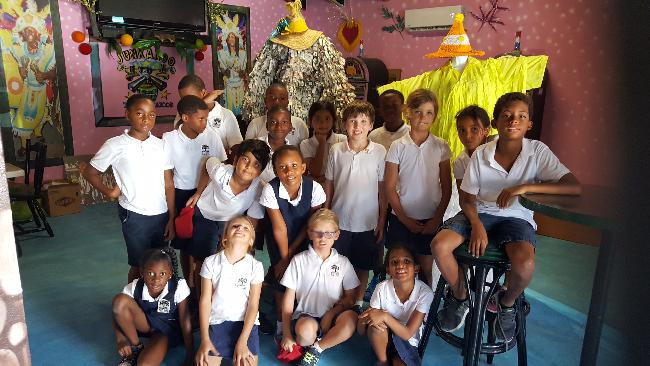 Our class walked into the front entrance, it was beautifully decorated with pictures of people playing in the Junkanoo, colourful costumes and instruments of all sizes! 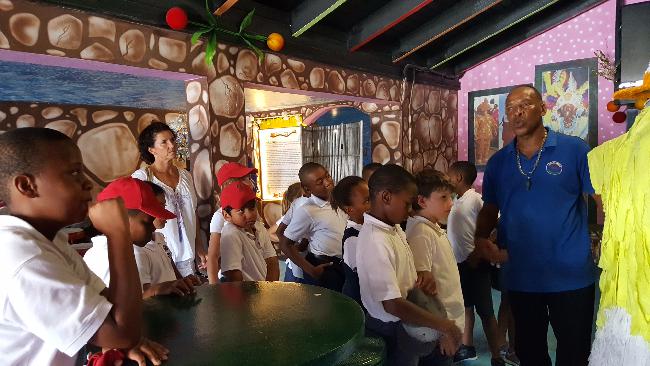 Mr. Penn explained how Turks and Caicos Junkanoo began many years ago.

He also gave a demonstration how to make the costumes and instruments.

Mr Penn encouraged the private and public schools to take advantage of the information available at the Turks and Caicos Junkanoo Museum, as he says it is vital for the children to know their roots. 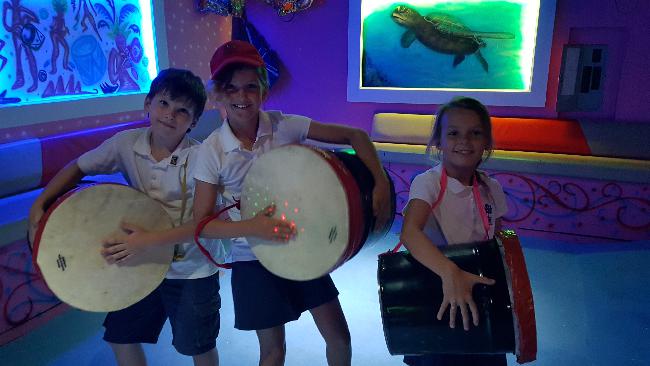 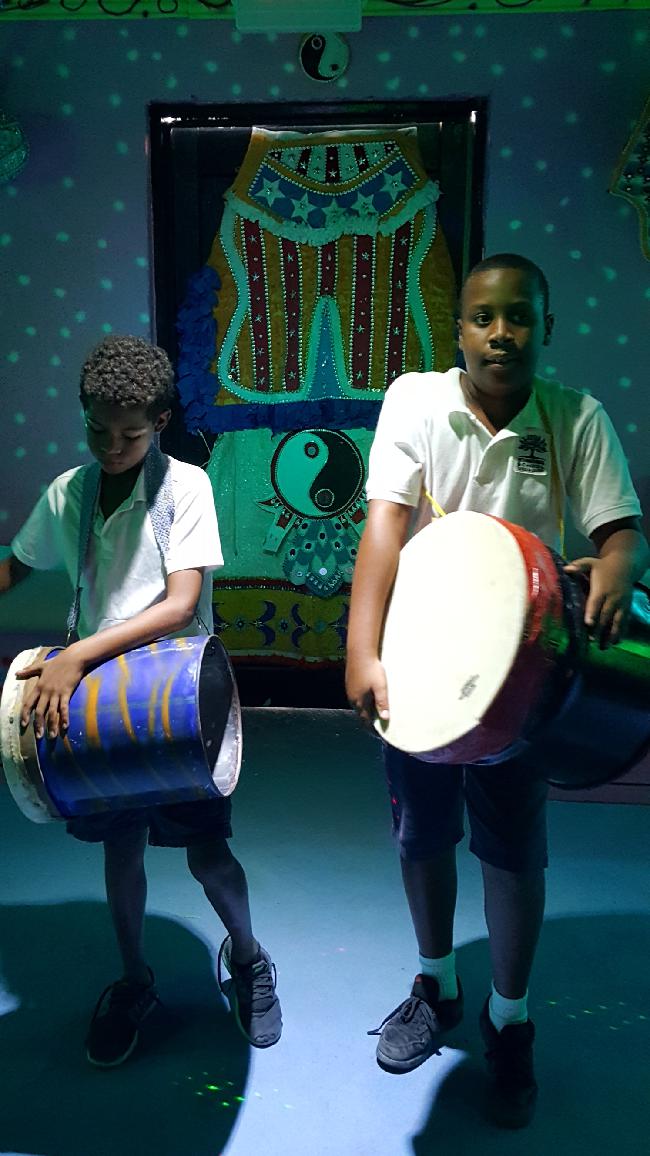 Penn said that the main focus of the Turks and Caicos Junkanoo Museum is Junkanoo, but it also brings attention to all of TCI’s natural beauty that makes the archipelago unique. 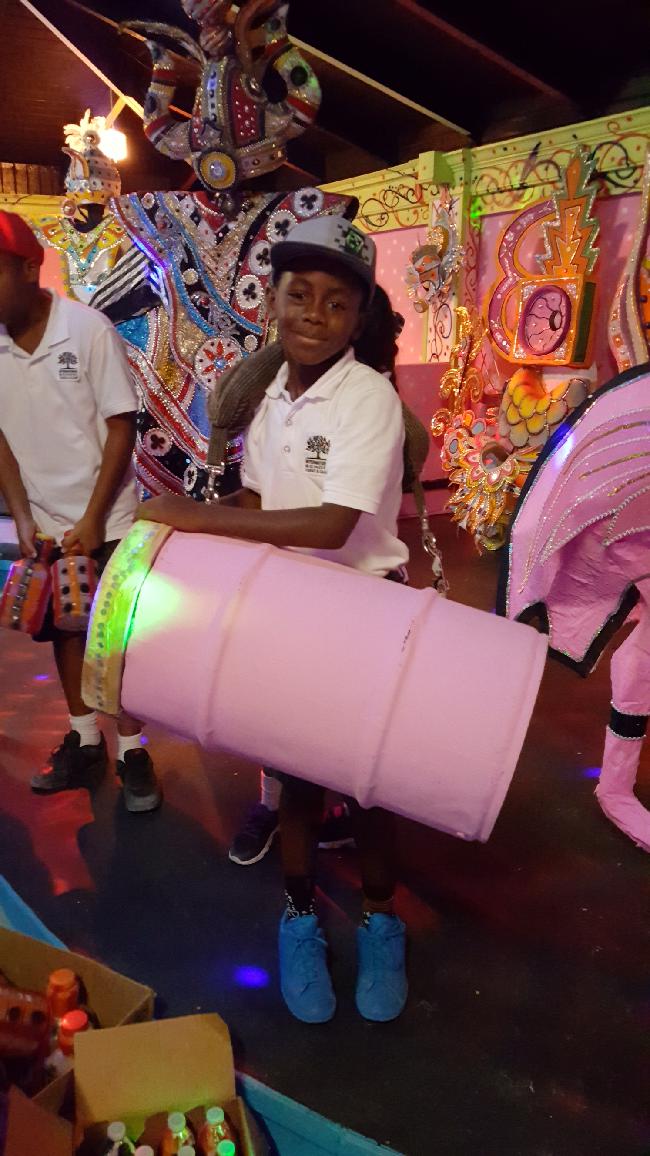 The Turks and Caicos Junkanoo Museum puts on three shows daily, where visitors and tourists can learn how the costumes and instruments are made. 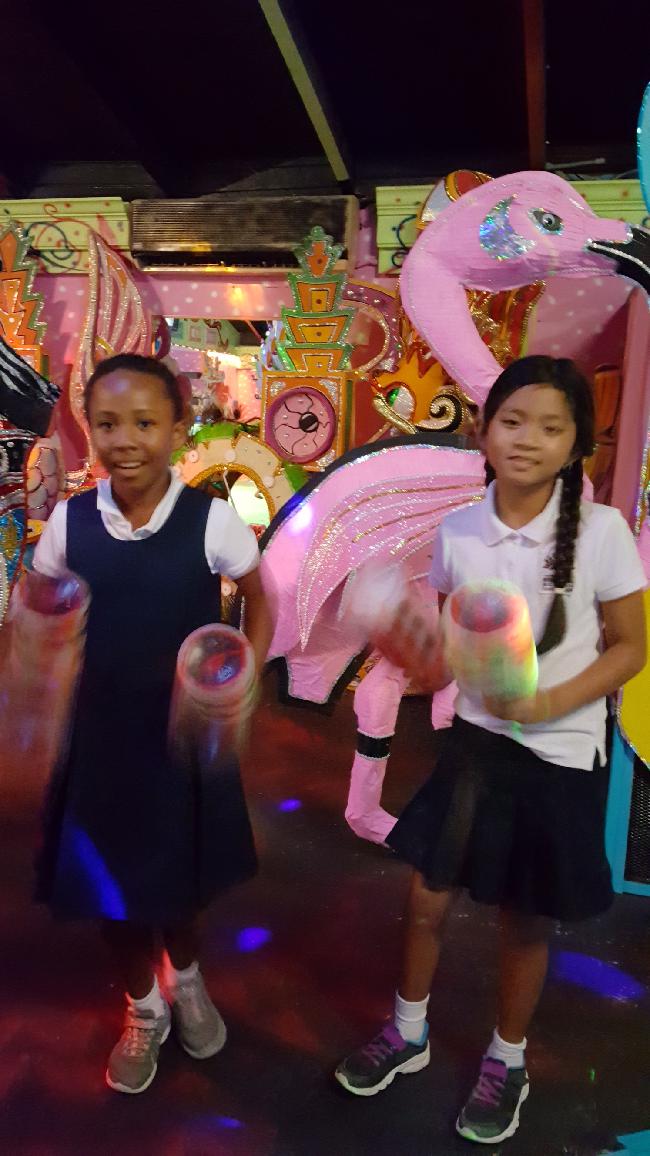 It was so fascinating! 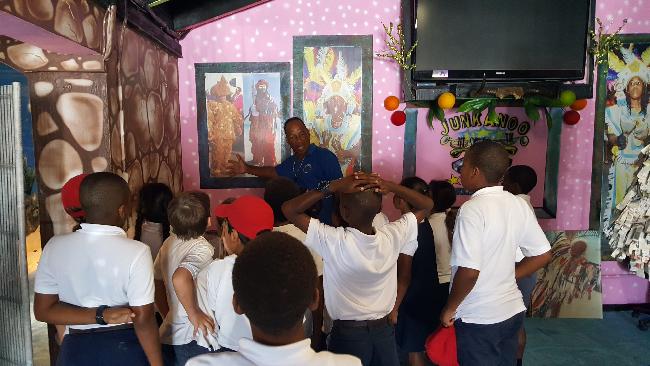 Mr. Penn took us into the room under the ocean which was painted and decorated as if you were under water.

The last and final room was the favourite for all. It was colourful and sparkly costumes and head pieces were decorated throughout the room. 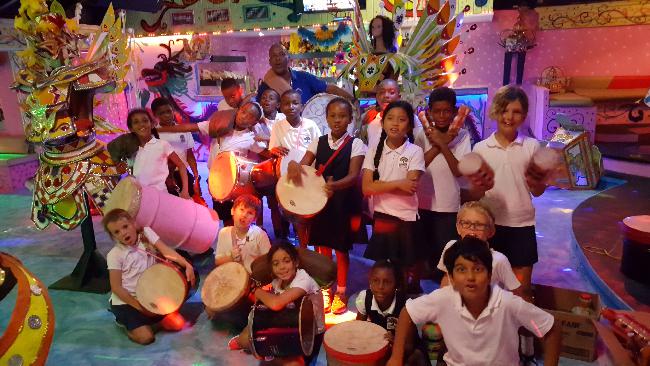 There were many drums and shakers made of assorted sizes and made of different things. 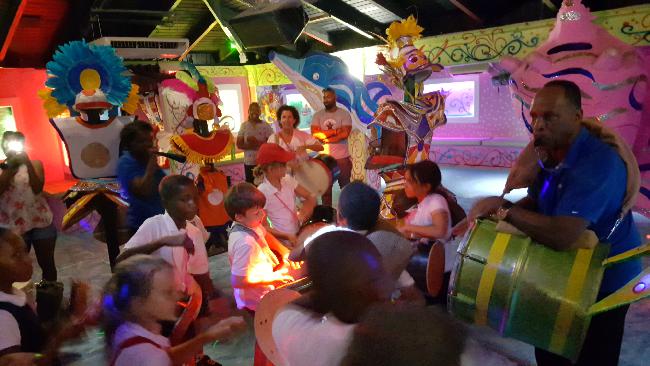 Mr. Penn picked up a drum and taught us the beat, one by one we received a drum or shaker and joined in.

Eventually, the whistles and horn joined in and the Junkanoo began….we were the JUNKANOO BAND!!

It was loud and lots of fun.

The best day ever!! 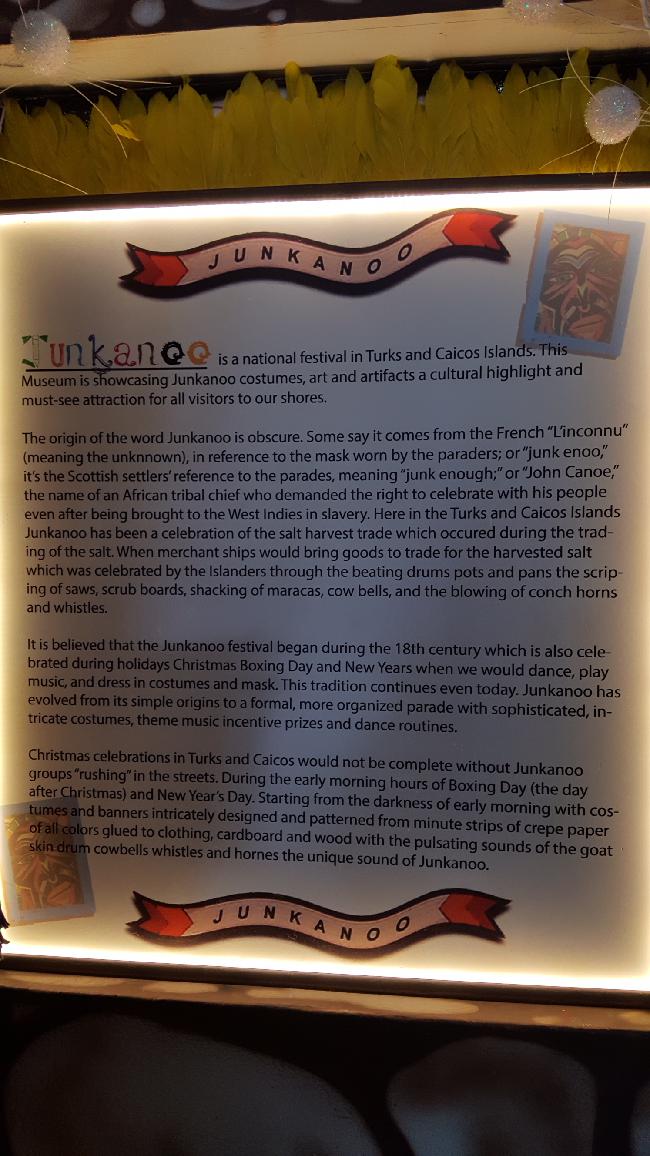 About the Turks and Caicos Junkanoo Museum

The Junkanoo Museum is coordinated by Kitchener Penn, a well known islander who is head of the We Funk Junkanoo Band. Penn was hired to put on the first junkanoo festival in the Turks and Caicos in the 1980’s and what he brought to the island was a Bahamian-style festival, based on his own roots as a Bahamian. The event was one of excitement and pulsating rhythm created by ripsaws (handsaws scraped by hand), drums and percussion.

The main instrument featured is the ordinary carpenters handsaw found in any hardware store. The saw is held with either end in a number of ways to produce a bend in the center of the blade. A metal scraper, usually a long nail, a fork or knife or a screwdriver, is raked and scraped over the teeth of the saw to produce a unique percussive scraping sound, this action is called “Ripping the Saw”. Bending the body and ripping the saw in time with the beat of the music produces a wobbled overtone. This gives you the characteristic sound of ripsaw music.