Winners of the TCI Science Fair 2015 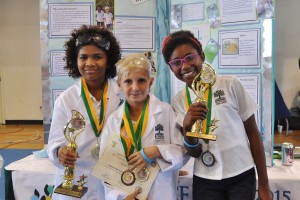 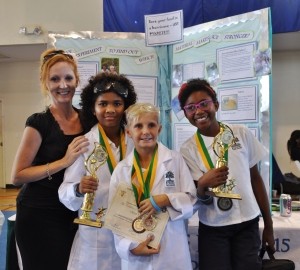 Providenciales, 5 March 2015 – The International School of the Turks and Caicos Islands is thrilled to announce 1st place in the primary school category of the annual TCI Science Fair, 2015 sponsored by Fortis TCI.

This was the first time entering the competition for the International School of the Turks and Caicos and they achieved 1st place with their Science Project and 3rd place in the Science Quiz.

The ‘Reinforced Ice’ project from Grade 5 students Michael Saunders and Oliver French competed against 7 primary schools in the finals. This year the fair saw the introduction of primary school projects.

Anyone visiting our project stand would have been greeted by two very enthusiastic scholars of science! 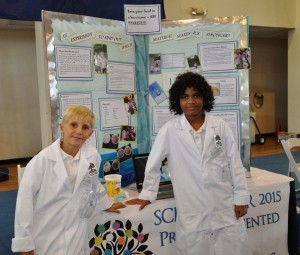 Setting up the project

In fact visitors were impressed by the presentation of the project which was eye-catching, with use of ice materials and a video presentation, but more notably was the way in which these students could explain their preparation, methodology and results.

The students spent a full day at the Gus Lightbourne Centre talking to the judges, public and media about their project. 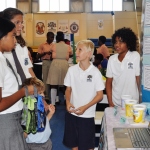 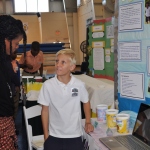 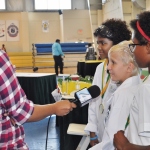 Our children and the visitors were also able to get some great ideas from the other exhibitors for the upcoming in-house Science Fair 2015 at the International School. 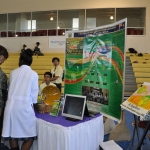 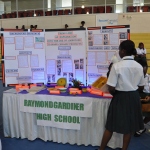 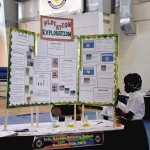 Katie Hinks, Principal, said, “We are extremely proud of the hard work and enthusiasm shown by our scientists. These results, and the recent, impressive 1st place in the National Spelling Bee, show how hard the children are working and striving to achieve.”

The Science Fair ended with speeches and a prize giving ceremony. There was a great sense of nervous excitement as the winners were announced, followed by relief that all the hard work paid off. The children were given individual medals, a Fortis lunch box and a trophy to display at school. 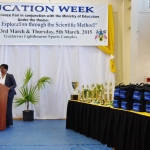 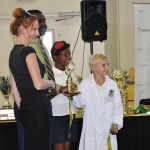 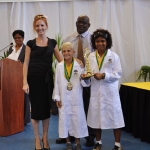 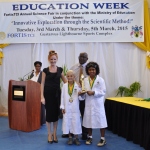 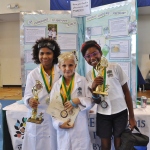 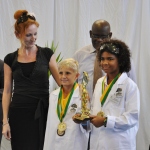 During assembly this week at school the children presented their project and explained their findings to the whole school. Everyone gave Michael, Oliver and Evadne a great round of applause. 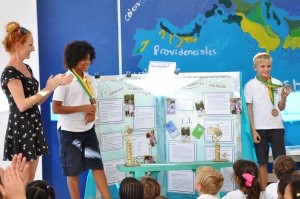 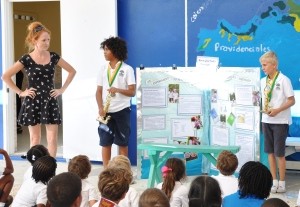 Not only were these great results for the International School but they follow on from the recent, impressive first place in the National Spelling Bee for our Grade 6 student Jenna Hatmin. 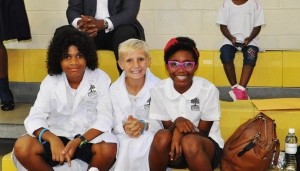 Our students are showing that they are capable of undertaking many new and difficult tasks, sticking with them and achieving significant levels of achievements.