The Story of Traction Man 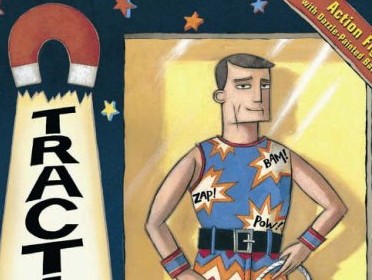 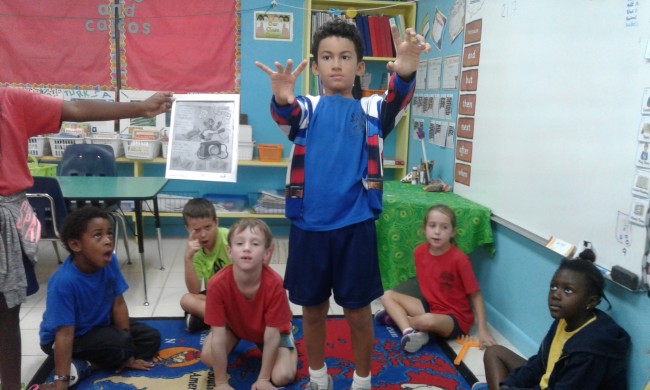 In Grade 2 this term we have been looking at the Story of Traction Man by Mini Grey. More

A modern day toy who’s owner uses his imagination to make his toy a hero. This is another story which is part of the ‘power of reading’ where we look at the book over the course of the term.

The children have role-played, ordered events, given their opinions and learnt about settings and characters.

With an action outfit for every occasion, Traction Man patrols the house. Whether he is saving toys (in latex space suit and Perspex helmet, teamed with Rocket Boots); searching the sink for the lost wreck of the sieve (in sub-aqua suit, fluorescent flippers and infra-red mask) or rescuing damsels in distress (in jungle pants, camouflage vest and a bandanna), Traction Man is never less than stylishly turned out and expertly accessorised. He is the last word in heroic fashion flair – until, that is, the day that he is presented with an all-in-one knitted green romper suit and matching bonnet by his owner’s granny.

Can Traction Man overcome the humiliation of his desperately dowdy new look and rediscover the action hero within or will the burden of the knitted green monstrosity be too great?

Acting out the story of Traction Man

Below are some of the creative scenes they have written in the style of the Traction Man story:

Traction Man defeated the evil number then he went to the ground. There was some books there drowning. The Animals were stuck in the plastic, Traction Man saved them. The end. 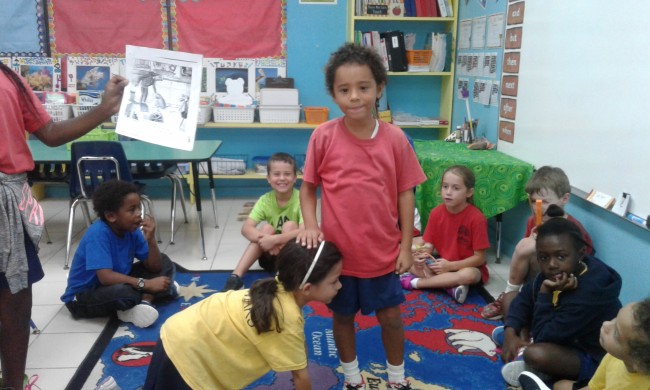 Matt: Traction Man & the animals jump out from the carpet

Traction Man is on the ruler boat protecting the pool from the horrible marbles. Suddenly the animals jumped out! A Panda, a Tiger and an Elephant! What could come out next? The animals started to attack Traction Man then super Jabel came in and sucked the animals into the carpet. The end. 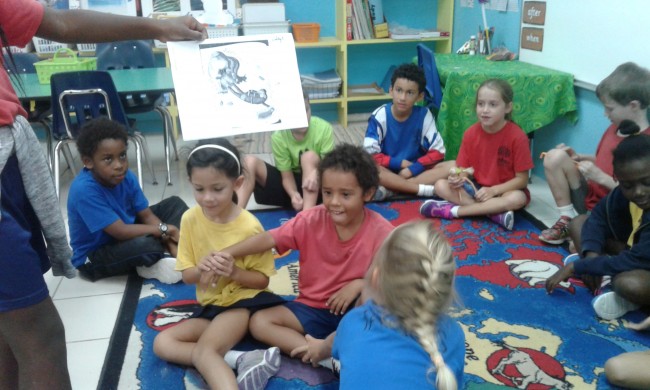 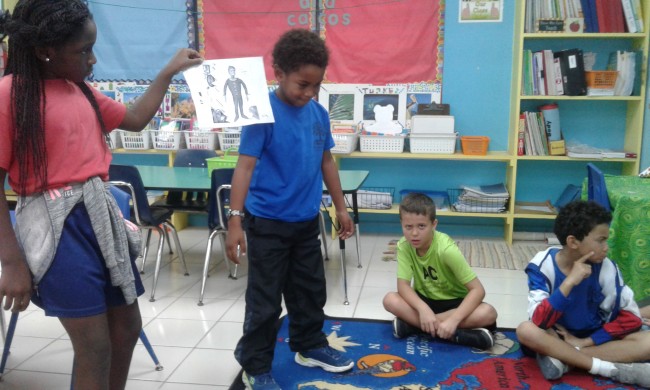 Riley: Traction Man and the Zombies

Jabel: Traction Man and the Computer

Traction Man was fighting the mad ruler. Then, Traction women came and she went shopping…

Traction Man goes to the beach, he dives in the rock pool and looks at all the animals. Oh no, silly snack tries to make Traction Man silly. They get caught and that was the end..
Jackson: Traction Man and the Minecraft World
Traction Man fell out because he was messing around. He landed and it was night survival mode. A hoard of skeletons and zombies were there. He had to hurry. He was to slow he got all dirty because each zombie attacked him. He was hit in the legs….Was this the end of Traction Man? 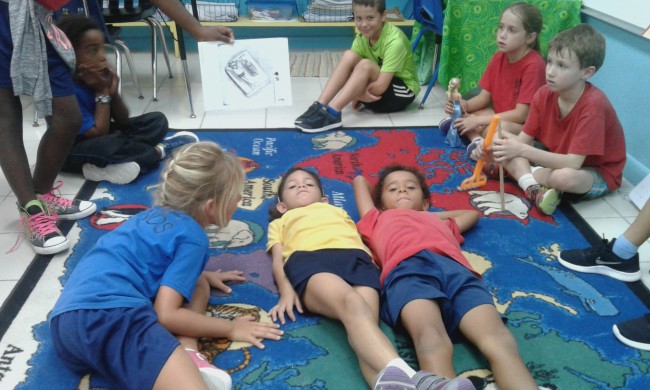 Traction Man is helping people. He saves someone from evil creatures. His friend is coming to help Traction Man going wrong but Traction Man was okay, he was a hero. 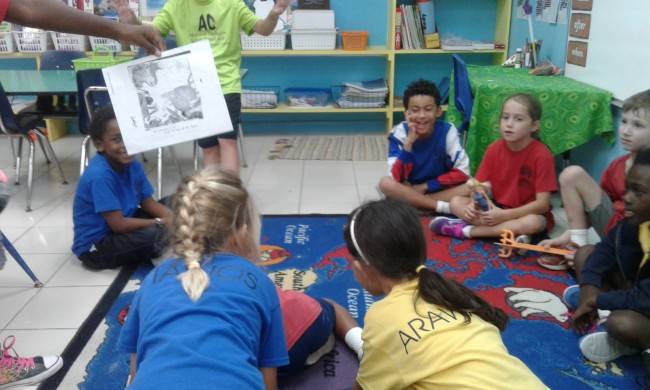