We are extremely pleased and proud of the efforts of Hayden Williams, Grade 6 pupil at ISTCI, and the TCI’s U12 footballers who made history when they recorded our first ever overseas victory in an international football tournament last weekend.

Representing the International School of the TCI  in the Weston Soccer Tournament in Florida were Gabriela Bruton, Anjali Saunders in the Girls U9 Team, A’din Missick and Edric Smith, Jr. in the Boys U10 team and Hayden Williams in the Boys U12 team.

The U12s squad also included former International School pupils. We are overjoyed to see them continue to strive and succeed. Well done boys, we send you our congratulations on such a great achievement.

As reported in the Turks and Caicos Weekly News, the pre-teen boys played unbeaten to the title while competing in the Weston Cup and Showcase held in Weston, Florida.

The U12s were one of four TCIFA teams that competed at the tournament. They were joined by the TCI U9 Boys, the TCI U11 Boys and the TCI U10 Girls.

Although the Boys U11 and the Girls U10 failed to win any games they fought hard in their clashes.

President of the TCIFA Sonia Bien-Aime called their performance ‘exceptional’ and said that the win demonstrated the hard work of the players and coaches.

“I am very pleased with the players’ performance,” she told the Weekly News. “Those that are new to tournaments at this level will gain experience and confidence which will contribute to raising the level of their game. I salute and congratulate all of our players and a hearty congratulations to our U12 winners.”

The TCIFA U12s have been developing nicely, having had international exposure since at the U9 level.

They made their mark in the Roma’s President Day’s Cup in February of 2014 with a semi-final finish, at their very first international tournament—this year they etched their names in history.

With the win, the Boys advanced to the semi-finals on Sunday and had a challenging clash against Boca United.

TCI took an early lead via a Hayden Williams strike, and looked likely to pull off the win in regular time, but with 30 seconds left on the clock Boca were awarded a free kick just outside the penalty area—the kick was fired into the top corner of the goal.

The game progressed to penalties and although TCI fell behind early, the young boys were able to hold their nerves and regroup. Goals followed for the win.

In the final clash TCI defeated Pinecrest 4-2 for the title.

Coaches Neil Coles and Mike Connolly and TCIFA Technical Director Daz Meehan led the team from the sideline. Another coach, Frazer Park (did not travel), was also instrumental in developing the side, given that he had coached the youngsters for many years. 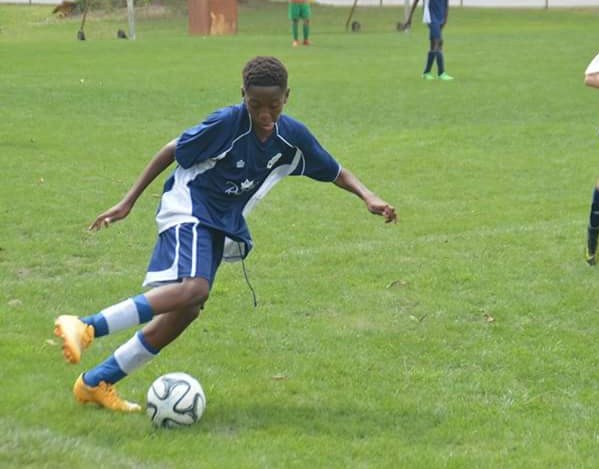 HOT OF THE PRESS

In more sports news, e have just learnt that Jade Grandsire and Selic Kilic participated in BSC Atlantic Medical’s Invitational Swim Tournament in the Bahamas in early March. Congrats to Jade for winning a championship for her division!