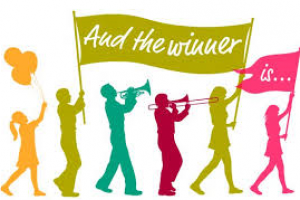 The 2015 TCI National Spelling Bee Winner is from The International School of the Turks and Caicos. 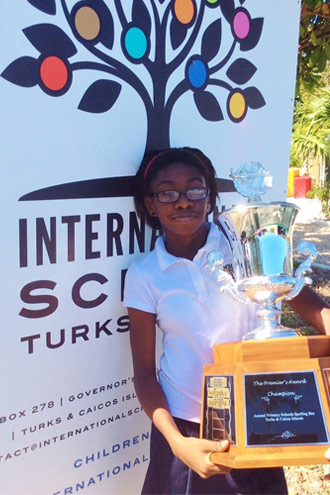 It is a proud moment for the International School of the Turks and Caicos Islands to have the TCI National Spelling Bee Winner.

We are very pleased to announce that the ultimate winner of the coveted honor was our very own Jenna Hatmin from Grade 6.

The National Primary School Spelling Bee competition started with sixteen schools competing from 9.30am to 3:00pm, and the second day of the challenge was down to ten schools. 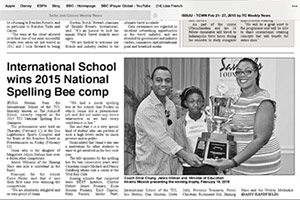 Jenna was chosen to enter the competition by Mr. Chung after she showed real promise in the after school spelling bee club. There was a great deal of work involved before the start of the completion. Jenna worked closely with Mr. Chung to fine tune her strategies, phonic rules and stress management! 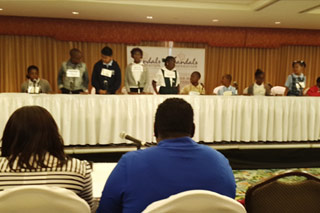 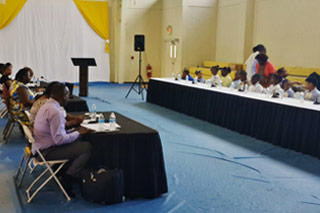 Mr. Chung and her parents, Mr. and Mrs. Hatmin, were there for the full two days offering support and coaching her through the long process. All the contestants were properly coached and the competition was fierce, especially during the ‘buzzer round’ when contestants could buzz in to steal the points and during the ‘unseen’ words round. 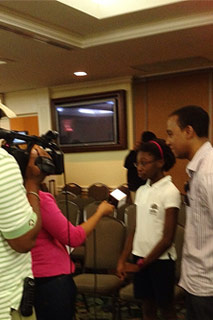 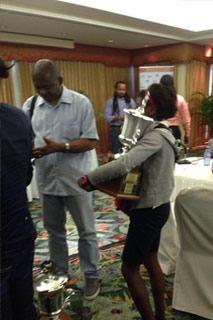 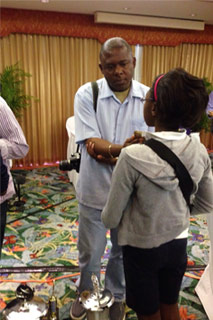 Mr. Chung commented,
“It was hard work indeed. It takes a special type of child to handle this level of pressure. The competitors were hard to eliminate. We had to pull out some major strategies. Jenna worked extremely hard. We are proud of her efforts.”

The final day of competition in the annual Primary School Spelling Bee was held at the Beaches resort, hosted by the Ministry of Education and this year sponsored largely by Michael and Nancy Goldberg.

The ten finalists and their coaches were treated to dinner on the Saturday evening. 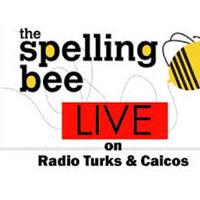 Anxious parents and teachers watched the all-day action as the children battled it out. Jenna’s parents were very proud to see Jenna progress further and further through the competition.

The prizes for the top contestants included, gift certificate, tablets and an iPad mini. The Grand Prize for Jenna was a MacBook Air plus a wireless printer.

Jenna even handled the pressure of the media too like a true star. She gave a few interviews on her success and her story can be seen on the front page of the news this week!

The school would like to send their whole hearted congratulations to Jenna, Mr. and Mrs.Hatmin, and Mr. Chung for all their hard work. 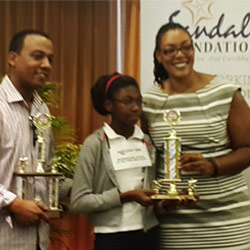 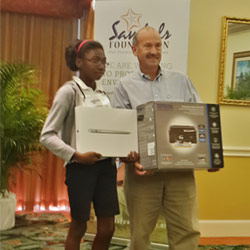 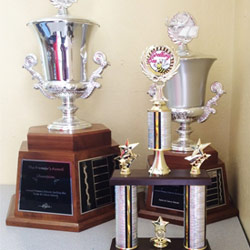 What is a Spelling bee? 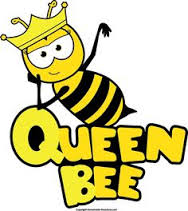 A spelling bee is a competition in which contestants are asked to spell a broad selection of words, usually with a varying degree of difficulty.

Historically the word bee has been used to describe a get-together where a specific action is being carried out, like a husking bee, a quilting bee, or an apple bee. Its etymology is unclear but possibly derived from the Old English word bēn, meaning prayer.

The earliest known evidence of the phrase spelling bee in print dates back to 1850, although an earlier name, spelling match, has been traced back to 1808.