We live in a world surrounded by technology. And we know that whatever field our students choose to go into as adults, their ability to succeed will increasingly depend on understanding how technology works.

But only a tiny fraction of us are learning how technology works. Fewer than half of all schools teach computer science. 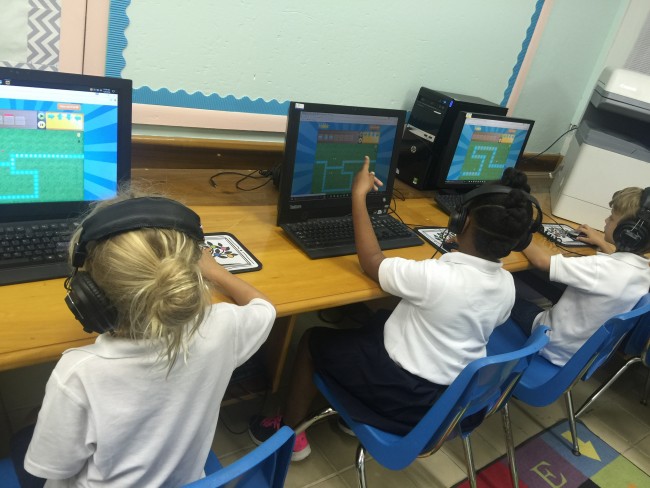 The Hour of Code takes place each year during Computer Science Education Week.

The 2016 Computer Science Education Week was during December 5-11, but students are exposed to coding and programming throughout the year via Computing classes.

During this week, students from Grades 1-6, celebrated computer science, with 1-hour coding activities, including using Kodable.

Each student was given a variety of programs to choose from.  It was amazing to see the students cheering on their accomplishments while coding!

Coding helps nurture problem-solving skills, logic and creativity. By starting at an early age, students work towards building a foundation for success in any 21st-century career path. Read the computer curriculum blog

What is the Hour of Code?

The ‘Hour of Code™’ is a nationwide initiative by Computer Science Education Week and Code.org to introduce millions of students to one hour of computer science and computer programming.

This grassroots campaign is supported by over 400 partners and 200,000 educators worldwide.

The Hour of Code started as a one-hour introduction to computer science, designed to demystify “code”, to show that anybody can learn the basics, and to broaden participation in the field of computer science. It has since become a worldwide effort to celebrate computer science, starting with 1-hour coding activities but expanding to all sorts of community efforts. 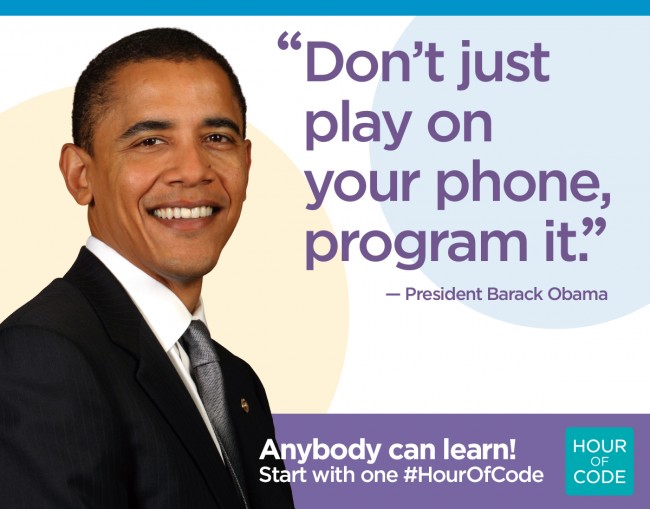 Get involved at home!

Check out the tutorials and activities.

If you look at the tutorials on code.org/learn, you can find other tutorials that work on iPads – from Code.org, Tynker, Lightbot, or CodeSpark.