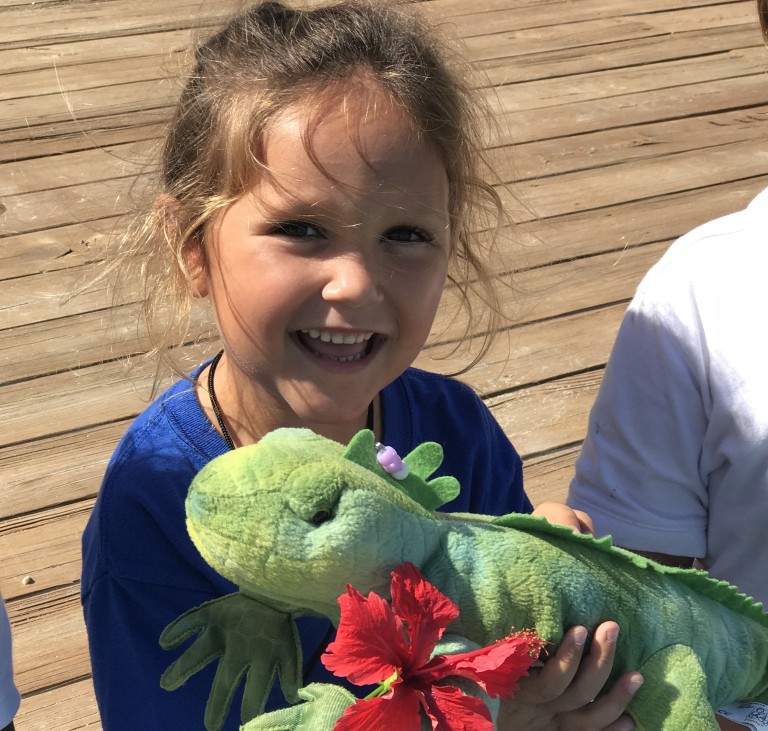 Senior Kindergarten have had a great time learning about the Dinosaurs and Prehistoric times. From volcano eruptions, to bone digging to finding Turks and Caicos Rock Iguanas, it has become everyone’s favourite topic. 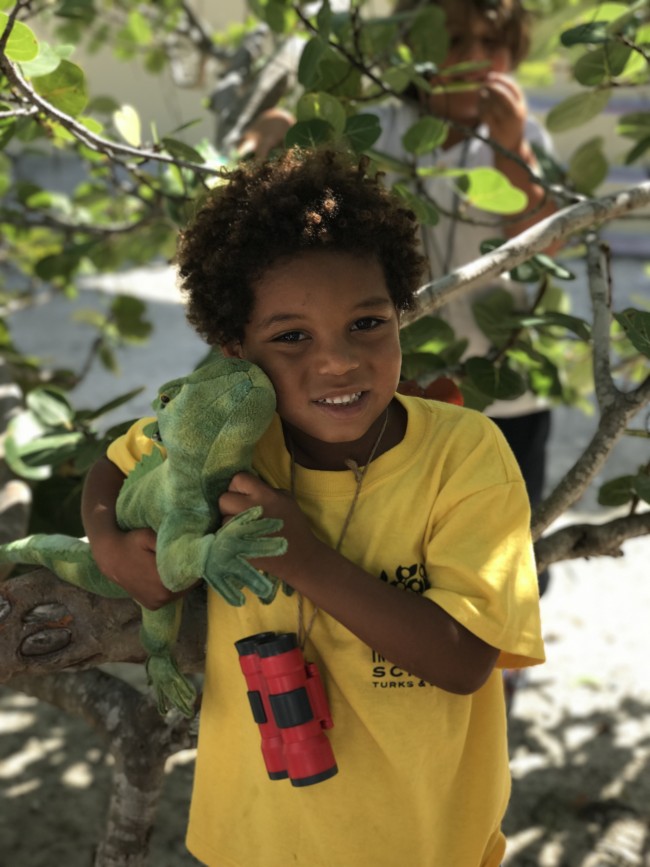 Our children have enjoyed tons of dinosaur adventures; volcano eruptions, dinosaur bone discoveries, hatching the dinosaur eggs, setting up palaeontologist office and pretending to roam through swamps and forests, going on Dinosaur hunt outside in the playground.

The children imagined they were going hunting for a big scary T-Rex or Megalosaurus, moving through swishy swashy grass, squelchy mud or splashing across the river.

Everyone was very excited to make biggest movements and trying to figure out which dinosaur was the longest.

We used different kinds of manipulatives to measure the playground and the dinosaurs to see if a Diplodocus would fit!

Using rulers, metric tape and blocks we came to the conclusion that the playground wouldn’t be big enough.

All about Turks and Caicos Rock Iguanas

Learning about the modern day Dinosaurs was the highlight of the topic; the children were thrilled to take care of their own Turks and Caicos Rock Iguana.

They used different coloured beads to tag their iguanas using (mirror image), learning quite a lot about their natural habitat and why our rock iguanas are an endangered species today.

The Turks and Caicos rock iguana (Cyclura carinata) is a species of lizard endemic to the Turks and Caicos islands. This small iguana can reach 30 cm (12 in) and may live for twenty. A single clutch of up to nine eggs is laid each year, and these take three months to hatch. This iguana is mostly herbivorous, but supplements this by adding some animal matter to its diet.

At one time numerous, these iguanas have been depleted by introduced predators, mainly cats and dogs. Their habitat is being degraded by overgrazing and trampling of vegetation which reduces the availability of food for the iguanas. They have been wiped out of some islands and cling on precariously in others. 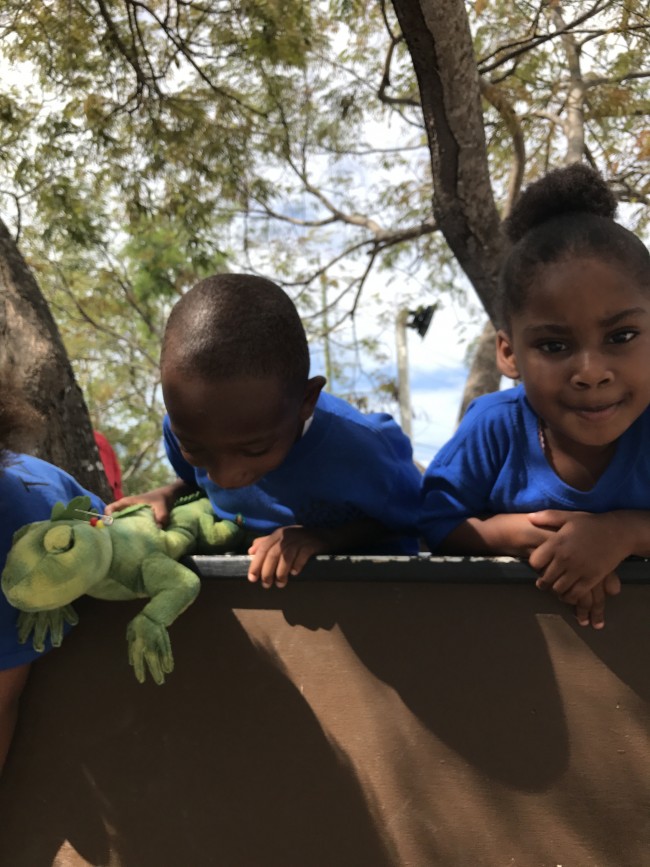 The International Union for Conservation of Nature has rated them as critically endangered. Various conservation efforts are being undertaken, and some iguanas have been relocated to uninhabited islets in an effort to prevent them from becoming extinct.

We’re going on a field trip!

By the time we were ready to go on our Field Trip the children were fully prepared to take on the adventure and what an unforgettable experience it was!

We were able to see the endemic Turks and Caicos Rock Iguanas – found on the small islets of Chalk Sound.

Many thanks to the owners of Las Brisas restaurant for taking us on their boat into Chalk Sound to see the islands with many residents rock iguanas.

We had a delicious lunch at Las Brisas Restaurant, enjoyed jumping into the pool and relaxing in the cabanas on the beach.

What a fantastic way to end the Dinosaur Topic!

We would like to extend a huge thank you to our fabulous parents and grandparents volunteers who made this trip possible and it an unforgettable one for our children!!!